Benefits of Glutathione for your Skin and Health in Dubai 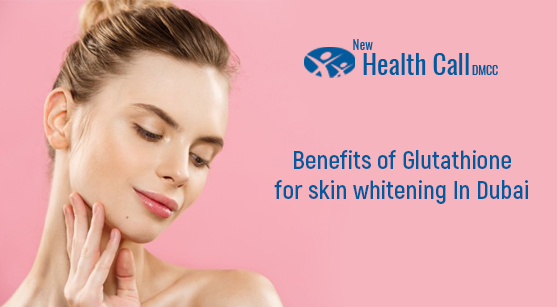 Some people embrace the anti-aging and skin whitening benefits of Glutathione injection Dubai. It also helps improve fat metabolism, treat autism and also avoid cancer. Read on to know more about this antioxidant.

Glutathione is a strong antioxidant that is found in every cell of the human body. There are three types of amino acids or molecules which produce it. The body can produce glutathione in liver. It performs a lot of functions in the body, such as –

Free radicals are the major culprits behind causing some diseases and aging. This way, antioxidants help deal with free radicals and they also keep the body protected against harmful effects. Glutathione serves as a strong antioxidant, mostly because every cell contains high concentrations in all cells of the body.

According to some studies, glutathione plays a vital role to prevent the generation of cancer cells. However, tumors can be less sensitive to chemotherapy due to glutathione. Some more research is required to know the effects of glutathione Dubai.

Alcohol abuse, hepatitis, and fatty liver disease are some of the common causes behind cellular damage of the liver. According to a clinical study in 2017, glutathione contains antioxidant properties to detoxify the body and treat non-alcoholic fatty liver disease. More studies are required to confirm its effect.

Insulin resistance also develops type 2 disease. Insulin is produced in the body to move sugar from the body into cells for using it to generate energy. According to a small study conducted in 2018, people having insulin resistance are supposed to have lower glutathione levels, especially if they have complications, including retinopathy or neuropathy.

Maintaining levels of glutathione can help treat signs of Parkinson’s disease, as per some research. There are some studies supporting glutathione injection as a therapy. There is also small research that supports oral supplements.

Ulcerative colitis has been linked to stress and oxidative damage like several inflammatory diseases. According to an animal study conducted in 2003, taking glutathione supplements can improve some damages to the colon. It needs more research to determine how glutathione works on ulcerative colitis.

There is a lack of glutathione found in children suffering from autism as compared to neuro-typical children or the ones without having this condition. According to a 2011 study, glutathione injections or supplements can help reduce the effects of autism.

Glutathione is actually is a strong antioxidant that is naturally found in the body and is widely used naturally in day to day life. Lack of this antioxidant can cause a lot of medical conditions, according to researchers. Some people can supplement it with some treatments but they may not be recommended for all. You need to ask your physician as these supplements can hinder the effects of other medications.


This error message is only visible to WordPress admins
Error: There is no connected account for the user 242600798.